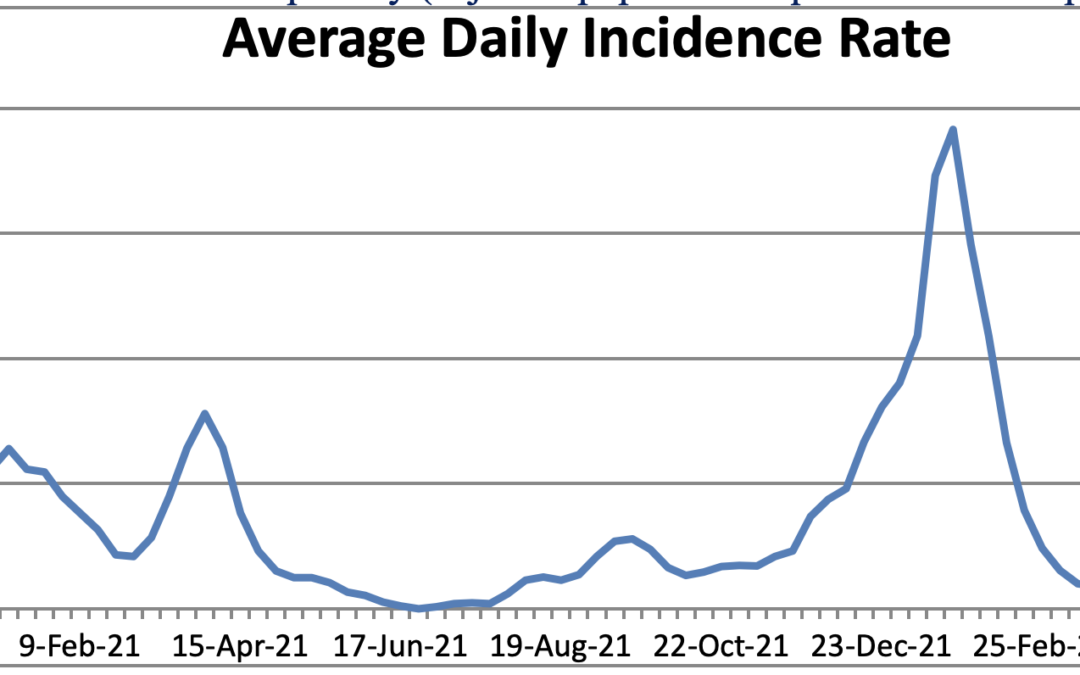 The fourteen day average daily incidence  rate continues to increase in the Town of Barnstable to an average of 20.6 new cases per day (adjusted population equivalent to 45.9 per 100,000).

Coronavirus in the U.S./  Trends and Key Points

Cape Cod Healthcare reported yesterday, on May 19th that there were a total of twenty-four (24) patients who were being treated for COVID-19 at Cape Cod and Falmouth hospitals.   One (1) patient was in intensive care at Cape Cod Hospital.

According to the Massachusetts Department of Public Health, on May 18th, 2022, there were at total of 866 patients hospitalized for COVID-19 in Massachusetts.  Of those 866 patients, 567 patients (65%) were reported to be fully vaccinated when they contracted COVID-19.

Deaths of Massachusetts Residents During the Past Week

There were fourteen (14)  new, confirmed deaths of Massachusetts residents during the past week.  The average age of death was 79 years old.

Sixty-one (61%) of Barnstable County residents received booster doses after being fully vaccinated, compared to 56% of the Massachusetts population and  compared to 46% of the national population..